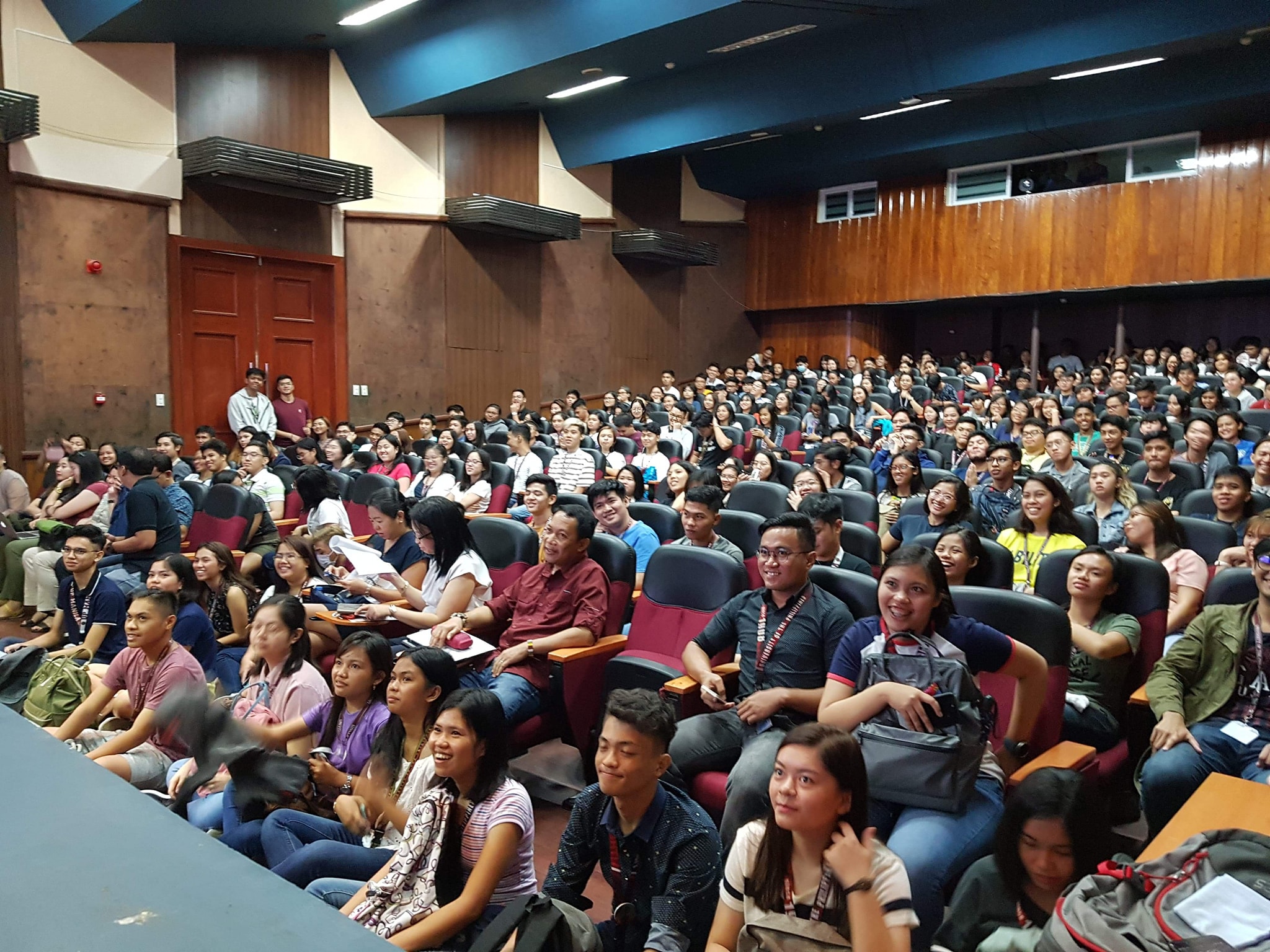 CAS welcomed its new students, shiftees, and transferees in a simple ceremony held at UP Manila Theater last August 7. Dean Estacio congratulated the new students for making it to UP and assured their parents that they are in good hands at CAS.

To the 540 new Iskolar ng Bayan, the Dean had three important messages: to stay grounded, keep their values intact, and to keep on climbing to the top. Being admitted to UP is something to be proud of but not to brag about. “Huwag ninyomg ipagyayabang ang pagiging Iskolar ng Bayan. Stay grounded and humble for this is one of the marks of a true-blue Iskolar ng Bayan,” Dean Estacio stated. He also told them that in UP, honor and excellence are core values and that the real deal is not entering UP but staying at UP. “Sa UP mahirap pumasok, pero mas mahirap manatili. Nobody dons the sablay the easy way,” he further said.