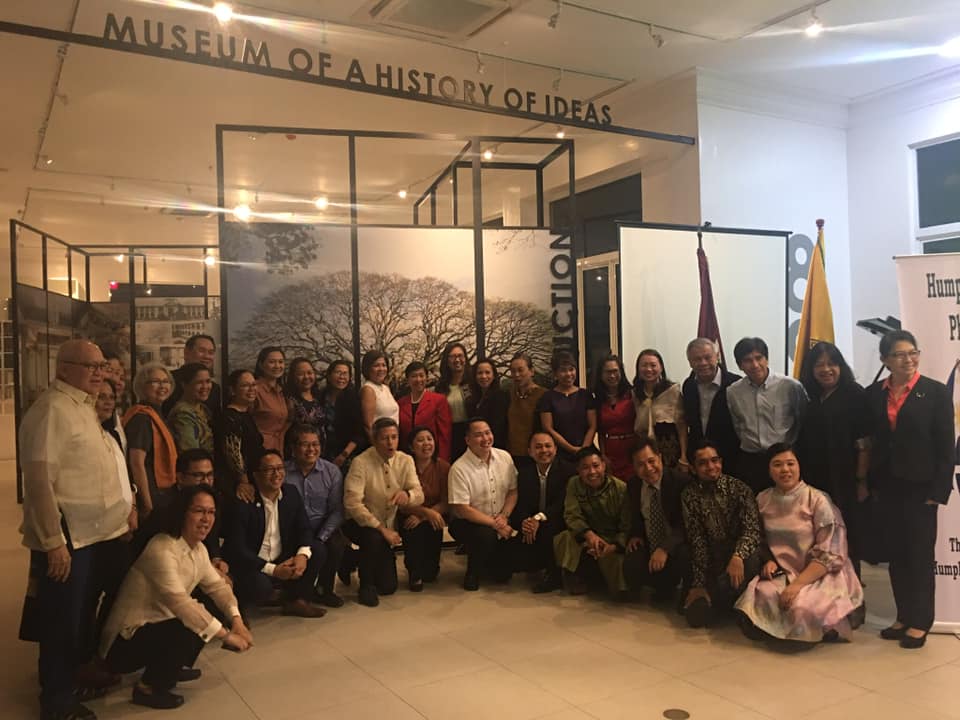 The University of the Philippines Manila and College of Arts and Sciences, through the Office of the Chancellor, Dr. Carmencita D. Padilla and Office of the CAS Dean, Dr. Leonardo Estacio Jr., who is also  a Hubert Humphrey fellow, hosted this year’s 40th Humphrey Voices Series (HVS) held at the Museum of A History of Ideas, University of the Philippines Manila, Padre Faura Street, Manila last Friday, November 22, 2019, together with the Embassy of the United States of America in the Philippines and the Hubert H. Humphrey Alumni Philippines. This event is special as it took place during the 40th anniversary of the Hubert H. Humphrey Fellowship, an international leadership and professional development program under the Fulbright Program of the United States of America.

The Humphrey Voices Series is a forum which started in the Philippines in 2014 wherein scholars, policy makers and students discuss various topics with the general public, including government policy, law, culture, health, environment, business which affect our society and the world. It is the flagship activity of the Humphrey Alumni Philippines.

This year’s theme, in celebration of its 40th year is Southeast Asia 4.0 Perspectives in the 21st Century. The celebration took off with the keynote messages from His Excellency Sung Yong Kim, Ambassador of the United States of America, Philippine Senator Sherwin Gatchalian, Mr. Julio Amador III, Executive Director Philippine American Educational Foundation and Atty Arnel Jose S. Bañas, President, Humphrey Alumni Philippines. All were in unison in stating the importance of education in local and international development and its advancement through partnership and collaboration. A warm welcome and a message that focused on the value of communication and collaboration among ASEAN neighbors was delivered by the University of the Philippines Manila Chancellor, Dr. Carmencita D. Padilla to 200 guests and participants in attendance.

This event gathered eight (8) Humphrey Fellows representing six (6) American universities from four (4) countries in the region. Each Fellow presented and shared their views on the future of Southeast Asia referencing the fourth industrial revolution on various topics:

In closing,  College of Arts and Sciences, UP Manila Dean Estacio Jr., thanked the guests and participants for their attendance and congratulated the organizers for a well-organized, well-attended, well-provisioned, and well-received lecture forum.